Are durags unprofessional? This is one of the most common questions we see black men - and even women - asking. If you’re feeling uncertain as to whether or not you can (or should) wear your durag to work, school, or any sort of formal event - you’ve come to the right place.

Today, we’re going to discuss why durags may have a negative connotation to some people. We’ll explain what caused the “criminalization” of durags, so to speak - and uncover the truth as to whether these black hair-care staples are professional or unprofessional. This short guide is going to teach you all you need to know about where it is acceptable - and where it is not acceptable - to sport your durag or wave cap. Let’s dive right in with a quick explanation of the purpose of the durag. Then, we’ll elaborate on why some people view these headpieces as unprofessional.

What Exactly Is The Purpose Of The Durag?

It’s no secret - durags are synonymous with black culture. We wear these with pride for a wide variety of reasons. First and foremost, durags are essential for black hair care. If you are trying to grow waves or dreads, you need to buy a durag - particularly, a silk durag. But as you may have learned if you read our article - are durags only for waves? - these headpieces can be used for an array of hairstyles. They can help you maintain dreads, or manage/maintain any other type of tightly coiled black hairstyle. If you have black hair, a durag is going to be your best friend. In fact, durags may help with hair loss too. You can use them to help lock in hair treatment overnight your scalp soaks up all the valuable nutrients you applied before bed. This also locks moisture in to eliminate dryness and prevents friction against your pillow while you sleep - further preventing breakage.

But that’s not all - durags are a fashionable item. These days, there are all sorts of designer durags out there that can help you make a statement while you step outside. And to some of us, the durag is symbolic of black culture. All the men before you rocked their durags or wave caps with pride, and you want to also.

This begs the question, though - are durags unprofessional? The last thing you want is to stir up a fuss by wearing your durag in class, to the workplace, or out to a fancy restaurant if the durag is truly unprofessional.

Why Are Durags Regarded By Some As “Unprofessional”?

There are a few different schools of thought as to why durags are regarded as unprofessional by some.

One such explanation is that durags fall under the same umbrella as hats. At least, to those who don’t recognize their true purpose (haircare). Think about it - unless your workplace, school, or restaurant dress code allows for hats - wearing a hat in these situations would be viewed as unprofessional. Those who argue against the durag claim that this is the same thing with durags. But we now know that durags are not the same as hats - they are used to help preserve a hairstyle, right? So where do we draw the line?

There is another explanation as to why some view durags as unprofessional - and this one is a bit bleaker. Because the durag is associated with black culture, which has a negative stigma in white America, that same stigma is translated over to the durag. This is a much deeper problem in our society. Some people see a black man in a durag and racist tendencies take over - you know the rest. Despite the fact that durags are really not associated at all with gang affiliation, threatening/violent culture, certain people are stuck in their ways.

So, Are Durags Unprofessional? Our Opinion On Dress Codes

Whatever the reason some people view durags as unprofessional, there is no doubt about it - black men are facing an uphill battle when it comes to wearing their durag out in public. In some settings, you have nothing to worry about. You can wear your durag when running errands, going to the gym, and anything of that sort. The question really becomes, is it acceptable to wear a durag in the following facilities:

Do you see the common trend here? All these places listed above have rather strict dress codes. And if you want to gain entry to these places, you must adhere to their dress codes. Whether you believe that the durag should be banned or not in these places is besides the point.

Sure, you want to make a fashion statement by wearing your durag outside. But remember - a durag is a hair care essential first and foremost. Do you really need to wear it 24/7? No. In fact, these instances are actually the perfect time to take that durag off and show off the 360 waves, dreads, or another hairstyle you’ve been working so hard on. You wear the durag as a means to an end - getting and maintaining your desired hairstyle. If you come across a situation where you aren’t sure the durag will be accepted, that is the perfect time to pull the rag off, fluff up your curls, and show them off.

Wearing your durag at night after your hair treatment or while you’re lounging around at home is one thing. But you can take it off for a few hours at school, work, fancy restaurants/lounges, etc. After all, why are you wearing a durag if not to have the best hair in the building?

So are durags unprofessional? NO - they are not inherently unprofessional. Nevertheless, certain places have dress codes that you must adhere to - regardless of how you feel about the durag. If you’re going to a wedding, fancy restaurant/lounge, or any other formal setting - just take the durag off. After all, you work hard to grow and maintain those waves/dreads - this is the time to take the cap off and show off what you’ve been cultivating.

And, if you’re not sure whether your workplace or school allows durags - it doesn’t hurt to ask. Many schools and occupations are very accepting of the durag. You can continue this trend by explaining the purpose and significance of the durag to your boss/teacher/administration if they are hesitant to approve your durag. Let’s end the stigma around these together!

EARN MONEY WITH US

Become a Brand Affiliate andearn from every sale made when a customer uses your link or discoutn code.

Read what our customers have to say about Taelor Boutique. You, the customer is our main priority and always will be!

Let customers speak for us

I
Taelor Boutique Iris
We love it 🥰🥰 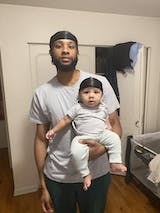 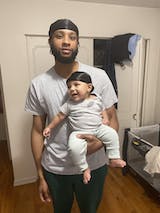 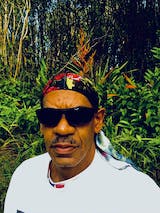 Literally my favorite bonnet and big enough to fit all my protective styles and stays on!!

I have bought 3 durags now for my boyfriend and he loves them all! Fun colors he wouldn’t try himself but he’s very pleased with quality.